The question of sustainable food sources has been asked more and more recently. The growing world population requires more food, but the question of how to feed this growing populous is one that is the subject of much critical debate and commentary. Science has come forward with a number of solutions for this issue. One of these solutions is that of GM foods.

But, what is this trend and how will it affect the future of food production?

What are GM Foods? 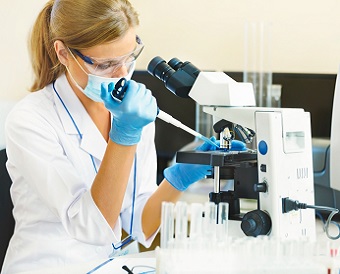 GM stands for genetically modified. These are foods that are produced from organisms that have been changed at a DNA level as a result of genetic engineering. This results in the introduction of new traits, giving producers a greater control of their products and creating the exact product that they want. It can be viewed as a variation or further development of such practices as selective breeding of animals and mutation breeding that has been practised for centuries.

However, in the late twentieth century, this genetic modification approach was applied to vegetables as well as animals. In 1994 the sale of GM crops began on the mass market. So, GM foods have been on offer for several years across the commercial market. They have assisted in helping to create sustainable food sources. Rigorous testing has proven that there are no negative effects to human health when eating GM foods compared to traditional crops. However, not everyone agrees.

It may sound unreal; more of a reality for the future, but these foods are here now in 2016. A further development in applying science to food is lab-grown foods.

Lab-grown meat (shmeat) products seem to offer the solution to a number of problems; reduction of world hunger, stabilisation of the food-chain and increased sustainability of foods.

Critics of the GM foods, however, argue that this is a step too far in the wrong direction. Some products are injected with viruses in order to change the genetic makeup of the product, which is claimed to be a ‘Frankenstein’ act. However, humans have been modifying food for thousands of years. Sweetcorn was once, in its ancient form, a blackened plant with kernels that were more likely to break teeth than be a crunchy addition to a salad. Through human intervention, it has become the popular product that it is today.

Although there are many start-up companies entering the lab-grown sector government regulators are not yet sure how to legislate for such products. In 2013 Maastricht University demonstrated a burger created from a cow’s muscle cells. One issue with food grown from animal tissue is whether it should be categorised as a food or as a drug.

It has been claimed that many foods produced in this way will, in fact, be kosher products. Of course, this opinion differs depending on who is asked. How can the process of growing something in a lab differ its kosher status? That is a debate which will no doubt be a hot topic in years to come, but as the process is still in its early stages it is not yet one that the mass market has to answer.

Interested in getting kosher accreditation for your food products? We offer you a very easy application process in just four steps. We are positive this accreditation will improve your business, so feel free to contact our expert team at any time and they will be delighted to help.