As far back as 1795, the French government offered a prize of 12,000 francs to anyone who could assist its armies with the issue of transporting food over long distances without it spoiling and becoming unpalatable to soldiers.  Nicolas Appert responded to the challenge and invented a method of preserving food by enclosing it in hermetically sealed containers, after which he became known as the ‘father of canning’.  The Nicolas Appert Study Association Food Sciences at Wageningen University in the Netherlands stands as an enduring testimony to his groundbreaking achievements. 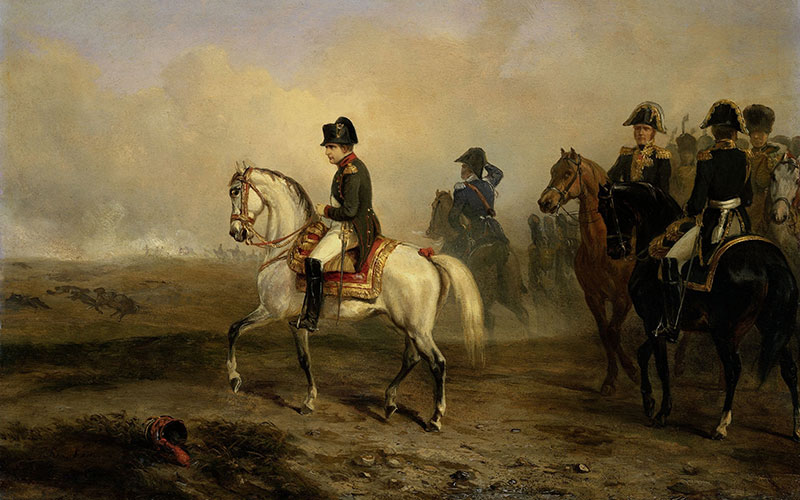 Alessio D’Antino, Founder and CEO of the world’s first crowd funding platform for food and beverage related ventures, ‘Crowdfooding‘, states in February’s edition of The Grocer that people throughout the world are developing technologies related to how food is produced, distributed and stored and that ‘the work these pioneers are doing is crucial in shaping our future food system and solving the issues future generations will have to confront’.  He cites the start-up company ‘Just’ as being on the verge of producing lab-grown meat by reproducing animal proteins from eggs in a lab environment and cites them as part of a new breed of ‘half techie and half foodie’ entrepreneurs ‘working tirelessly on new technologies that have the potential to fundamentally disrupt our global agri-food systems’.

Companies within the food sector are subject to highly complex labelling regulations; they need to strike a balance between creativity to attract consumers and compliance with best practices to ensure that food is of the highest quality.  The SmartLabel™ Transparency initiative, supported by the Grocery Manufacturers Association, directs consumers to a website once a barcode is scanned to offer detailed information about the scanned product. Grocery Manufacturers Association (USA) and CEO Pamela G Bailey says, ‘People want information about the products they buy, use and consume. Smart Label puts it at their fingertips and will change how people shop’.

Digitalisation of restaurants is also coming to the fore and being spearheaded by the Elior Group’s partnership with Awadac to facilitate ‘connected tables’ enabling customers to consult menus in several languages, acquire information on food properties, place orders and access applications for children. Awadac’s founder Jerome Gauchet comments: ‘Our goal is to meet the increasingly stringent demands of our clients while facilitating the everyday needs of caterers and their teams’. Designed to meet the operational needs of caterers, Awadac smart tables are also integrated in the restaurant’s IT system and allow for real-time order management. The connected table is an efficient decision-making tool that optimizes waiting time for catering staff and, as such, enhances service quality. Jeremy Cazalas of Awadac will be speaking at the Coffee Shop Innovation Expo at Excel this September.

In the UK the supermarket chain, Iceland, has introduced a reverse vending machine at their Fulham branch to reward customers with a 10p voucher for every plastic bottle brought into the store.  The decision was made following the Government’s announcement of their intention to introduce a bottle deposit scheme, forcing consumers to pay an upfront deposit each time they purchase a drink in a container. Iceland’s managing director, Richard Walker said, ‘We’re the first supermarket to take decisive action to bring the reverse vending machine into stores, following the announcement of the government’s support for a deposit return scheme in England’. We’re doing it properly through consultation with suppliers by gaining understanding of how customers will act in response to the machine’.  Supporting this initiative, Michael Gove, Secretary for Environment, Rural Affairs and Food, commented, ‘I applaud Iceland for leading the way with their trial scheme. It is absolutely vital we act now to curb the millions of plastic bottles a day that go unrecycled’. 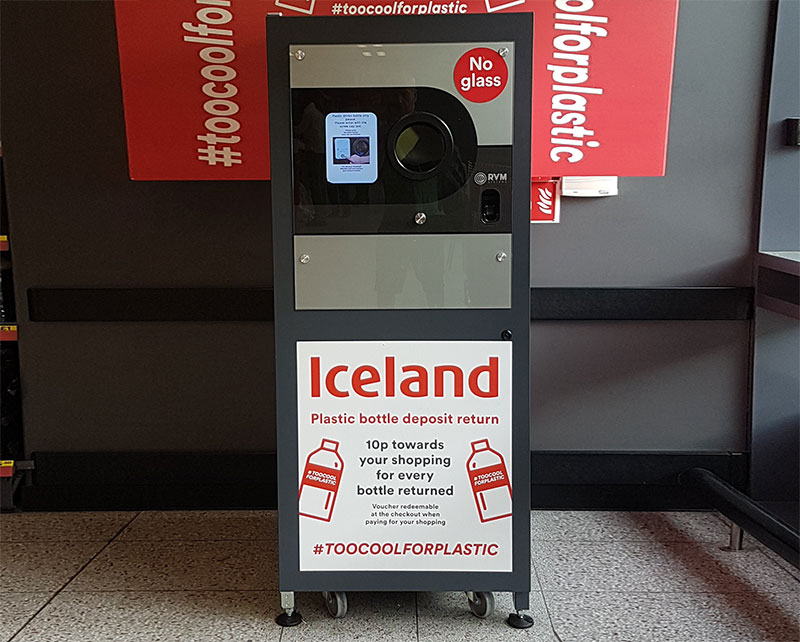 Similarly, The University of Glasgow is the first university to install a ‘reverse vending’ machine and has pledged to make a donation to charity for every container recycled. In Hong Kong, ‘reverse vending machines’ are designed to dispense cash for used plastic bottles to boost the poor recycling rate. A ‘producer responsibility scheme’ was also being considered to make waste producers bear the cost of collection, recycling, treatment and disposal for their products.

Developments of a different nature come from the Food Standards Agency, the independent Government department In England, Wales and Northern Ireland formed to protect public health and consumers’ wider interests in food production. The FSA has recently completed a pilot using a system called ‘block chain technology’, whereby data is collected in a series of blocks so that information can be shared and checked by anyone with the appropriate permission. In the first trial of its type concerning a cattle slaughterhouse, both the FSA and the slaughterhouse had permission to access data giving the benefit of improved transparency across the food supply chain. Similar trials are planned in other settings and permanent use would need to be industry-led because the current data model is limited to the collection and communication of inspection results.

As pioneering ideas continually evolve, several of the most innovative companies and entrepreneurs at the cutting edge of food technology will be showcasing their ideas at a series of major exhibitions throughout the world.  These include A Matter of Science and Food in Chicago, Food and Technology Expo New Delhi, and Food and Drink Technology Africa this coming September.  The Smart Kitchen Summit is the one and only event about the future of the connected kitchen. The first edition in Europe was held last month in Dublin and returns to Seattle in October.