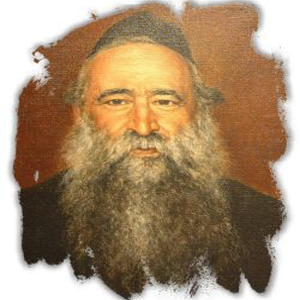 Jewish life in England can be traced back almost 1000 years, to 1066 when Jews were brought over from Normandy by William the Conqueror and the Domesday book of 1086 records the Jew Manasseh owning land in Oxfordshire. In 1290 Jews were banished from Britain by King Edward I and did not return until 1656.

Fifty years after returning to Britain the offices of the Chief Rabbi and the Beth Din became the central religious authority for Jewish communities throughout the UK. R. Rabbi Dovid Tevele Schiff (Chief Rabbi 1765-1791) was instrumental in establishing the central orthodox authority, for which the UK is renowned.

In 1934, with the appointment of Gaon HaRav Yechezkel Abramsky (the Chazon Yecheskel) as Rosh (Head) Beth Din the London Beth Din (LBD) became a leading, worldwide authority on Jewish law. Although there have been other heads of the LBD, it was Dayan Abramsky who established the policies and customs that are still followed by the LBD today.

In addition to kosher, the LBD encompass all aspects of Beth Din work including court cases, divorces, conversions, Jewish slaughter, and any major problems community problems. Click here for the Beth Din website.

The largest department within the LBD is the kosher division (KLBD). KLBD includes certification of some 40,000 ingredients and over 3,500 retail products worldwide as well as licensing of over 150 caterers, bakeries, restaurants, bonbonnières, delis and shops.

KLBD has been kosher certifying factories for over a century. In 1902 Marmite became kosher certified, similarly Fry’s Cocoa bore “the sanction of the Ecclesiastical Authorities” in 1910. Throughout the years the KLBD has established itself as a leading authority globally. In 1830, Dayan Aaron Levy of the LBD was sent on a mission to Australia to be Mesader Gitin – arrange divorce proceedings – for the new colonists. Today, the formal title of Rabbi Mirvis is “The Chief Rabbi of the United Hebrew Congregations of the Commonwealth.”

With these historic links to Commonwealth countries, together with shrinking distances and increased globalisation the KLBD has become one of the top seven international kosher certification bodies.

KLBD’s competencies lie in raw materials and speciality ingredients including flavours, colours, emulsifiers, food chemicals, dairy derivatives and vitamins. In order to maintain the highest standards KLBD employs a team of world-class technical experts who are qualified in chemistry and food technology, in addition to a skilled team of production and commercial consultants which assist companies in reaching the market. These individuals work alongside Rabbinical Coordinators who are experts in Kosher law.

The LBD is affiliated to the United Synagogue (U.S.), the main and largest orthodox grouping in the UK. The U.S. currently has 62 synagogues throughout the UK and maintains the full spectrum of orthodox facilities. Profits from the KLBD go to support the LBD and U.S. community work.

Copyright © 2023 KLBD Kosher Certification
Registered Charity No 242552 | VAT number GB927551312
We use cookies to ensure that we give you the best experience on our website. If you continue to use this site we will assume that you are happy with it.AcceptRead more