Western Cashew, based in India, is an international supplier of cashew nuts and prides itself on both having the most innovative processes and providing customers with superior quality cashews.

The company has been consistently recognised by independent organisations for its innovation. In 1997, Western Cashew won a National Award from the Government of India for developing the 50 lb flexi-pouch pack, with partially vacuumed CO2 + N2, which became the industry standard for bulk cashews. Western Cashew has continued to develop its products and has also introduced pre-pack sorted lines, colour-sorters and metal detectors to the industry. In addition to its own products it also offers contract manufacturing and private labels, working alongside brands around the world.

In 1925, India began exporting cashews to UK & USA, currently representing 27 percent of total exports and in 2014 exported 127,827 metric tons, second only to Vietnam which exported 237,500 metric tons. Nevertheless, India still produces more than Vietnam and is the world’s second largest producer of cashew nuts after West Africa (see Figure 1). Overall in 2014, global production of cashews was up seven percent from the previous season and 16 percent since 2004. 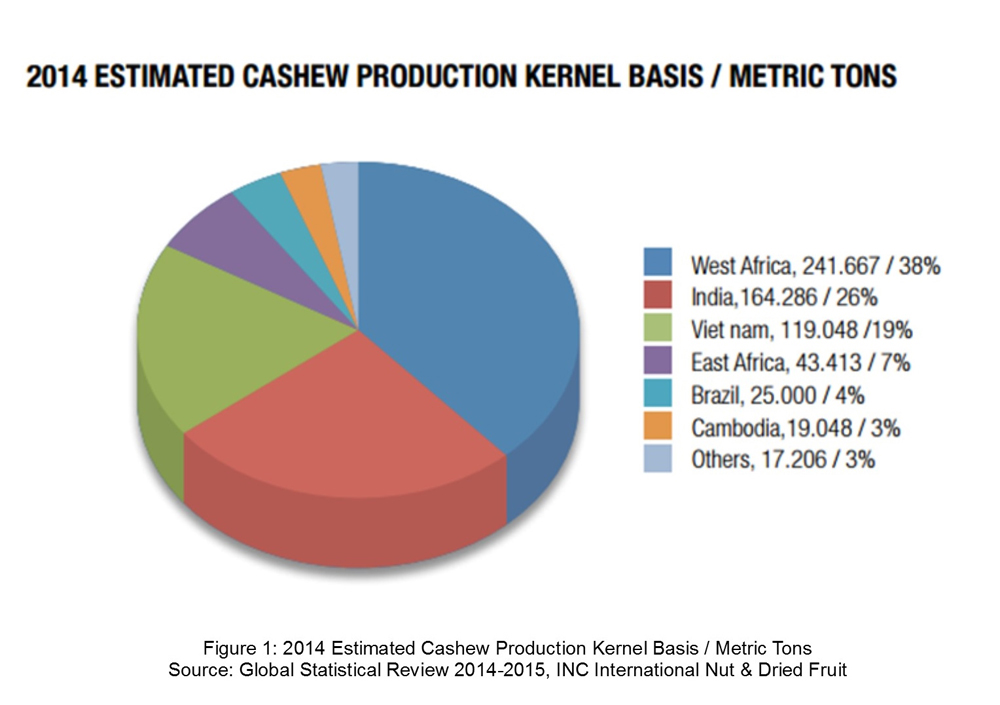 The tree-nut industry as a whole has seen increased consumption as a result of both the associated health benefits and a general desire for a healthier lifestyle amongst the growing middle-class population. In particular, cashews can boast many health benefits and provide a good level of protein, including iron, zinc and magnesium minerals.

The USA and China are the two largest consumers of cashews, consuming 130,477 metric tons and 51,350 metric tons respectively (see Figure 2). From 2009-2013 consumption in China has increased 28.9 percent, compared with the US consumption of 6.3 percent. Increased consumption can be attributed to the increasing demand from China, where diets are becoming more westernised and varied. 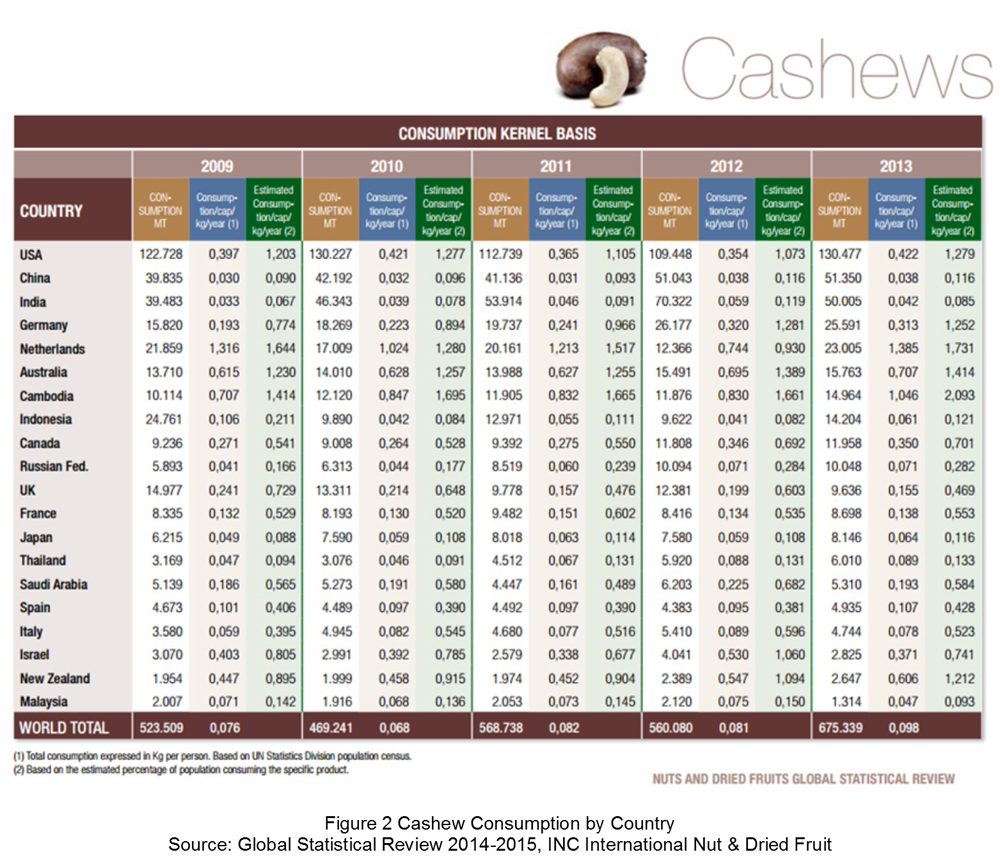 In order to remain competitive in the global cashew market Western Cashew places a high priority on quality and safety. The company was one of the first in the industry to be ISO 9001: 2000 certified, and in 2004 became HACCP certified. Western Cashew is now certified by some of the world’s leading certification agencies including KLBD Kosher, BRC (British Retail Consortium) and AIB (American Institute of Baking-Food Safety Standard).