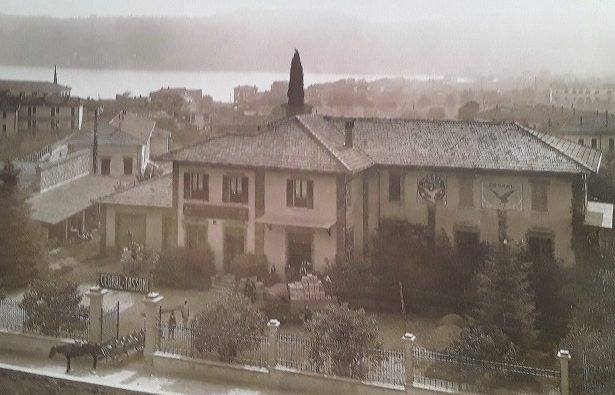 According to historians, from the 17th century apothecaries (pharmacists) Giovanni and Antonio Bondoni owned a house and shop in the Township of Salò on the Riviera of Lake Garda, where citrus fruits were grown. They dedicated themselves to improving the desirable qualities of the citrus fruit.

Through a skilled distillation of hydro-alcoholic infusions obtained from the peel of the fruit, they derived the alcoholates (alcoholic extracts of plant material) as the basis of the recipe for the Acqua di Tutto Cedro, a citron cordial with moderate alcoholic content.

In 1793 The Apothecary’s shop was acknowledged as a Pharmacy: it would remain within the family for many years.

In 1884, Paolo Amadei purchased the Pharmacy and decided to reorganise it.  He separated the distillery from the Pharmacy, founding Cedral Tassoni, destined to become a dynamic company, aware of the versatility offered by the citron fruit and of which Acqua di Tutto Cedro is the forbear.

In 1921 the company entered a new expansion phase, when the management of the company was passed from Mr. Paolo Amadei to his son, Carlo.  He created a new product, the Cedrata Tassoni, a unique syrup with an original flavour which the public welcomed enthusiastically.

His great merit lay in his deep understanding of the basic requisites of successful modern industries including the need for investing in advertising to make the name of the product popular. The wonderful Cedral Tassoni posters are classic images of the typical advertising style in the 20’s and 30’s. 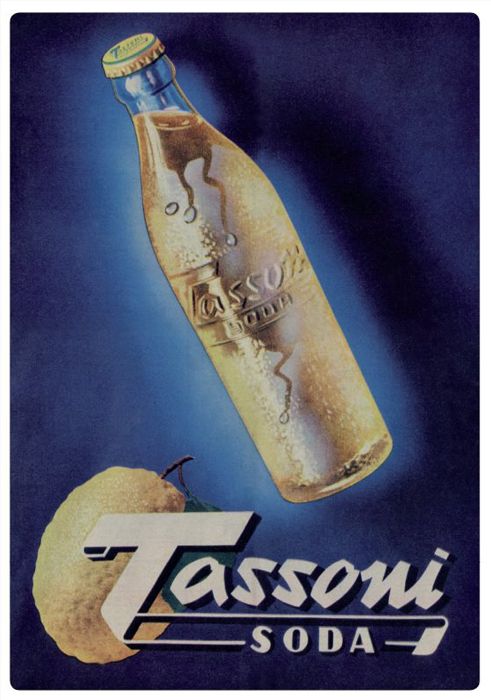 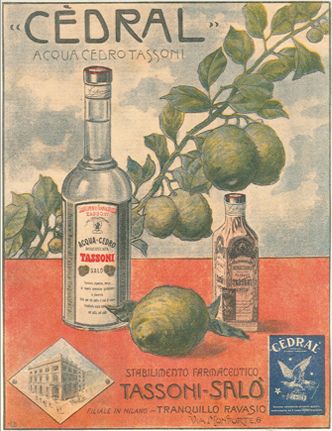 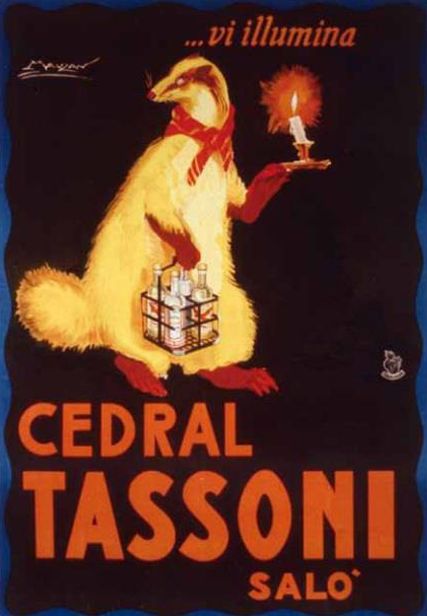 The 1950’s saw the syrup turned into a soft drink from the typical Cedrata Tassoni syrup:  by adding water and soda, the Tassoni Soda was created. It is a sparkling and refreshing soft drink, to be enjoyed during every season of the year.

Ornella, the daughter of Carlo Amadei, inherited the company in 1966, and embarked on new communication projects which started exploiting new media. During this period of great transformation, Tassoni was able to traverse the 20th century following the consumer closely. Clever advertising campaigns were launched, from posters to newspapers, of which the landscape of Lake Garda was a characteristic backdrop. Other commercials include the short advertising animation movie for the theatre and the famous television commercials of ’73 and ’74 which involved the notorious Italian singer Mina. In 2009, the company was inherited by Ornella’s daughter, Michela, who set up a project which involves presenting the factory to external visitors, as well as the current project of expanding in the overseas market. 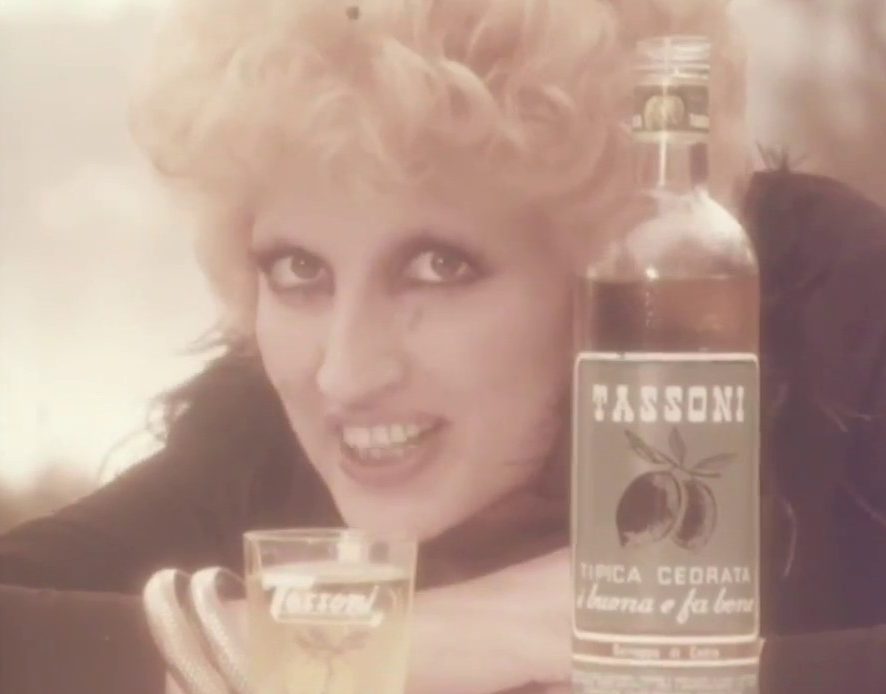 The brand has so deeply touched the collective imagination and the consumers’ hearts as well as the hearts of the nation, that it transcends fashions and trends. Cedral Tassoni is continuously renewing the dialogue with its consumers; this kind of communication implies a particular relationship. This is with the many fans on Facebook, Instagram and many other social networks, exchanging and sharing images, recipes and impressions.

Cedral Tassoni’s communication today is consolidated through participation in important events, sometimes with other partners. These include the FAI-Italian Environment Fund, the Piccolo Teatro of Milan and the Vesuvian Villas, giving continuity to the commitment of Cedral Tassoni promoting the true “Made in Italy” brand, in art and flavour.

Tassoni’s wish is to also experiment with new flavours and meet new connoisseurs, encompassing a range of alcoholic and non-alcoholic drinks.

Soft drinks include the Tonica Superfine Tassoni  and the Fior di Sambuco Tassoni with floral aromas, both premium beverages featuring the distinctive syrups, and the original Citron Syrup.

In the alcoholic range, Cedral Tassoni is producing 10 premium liqueurs in two product lines: based on cedar and other flavours.

Packaging has been recently revised with a retro image, thus recalling the company’s original alcoholic products and the activities of the Special Laboratory on Lake Garda. Tassoni is now present in 18 countries, from Europe to Asia to America. 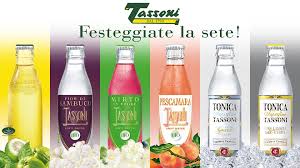 Gianni Fava, Councillor for Agriculture of the Lombardy Region on a visit to this historic company explained “The story of the territory goes through the authentic brands that boast a history of tradition and Tassoni represents a heritage of absolute excellence with a chain of certified quality, based on the processing of cedar. And [..] we want to start again by adopting promotional measures for the recovery of these historic architectures that once characterized the Brescia shore of Lake Garda, to give continuity to the past “.

Elio Accardo, CEO of Tassoni, explained to Gianni Fava “..the technical means are only a support. Our collaborators, especially in the production department, constantly participate in refresher and training courses. So, every new item, conceived, balanced and produced in Tassoni, has at least two years of study and research behind it before being placed on the market “.

The range of Tassoni products encompasses not only Cedrata, but has been extended in recent times with a seasonal range that includes Tonica and Fior di Sambuco. Sodas and liqueurs are also added to carbonated drinks, renewed with the recent recovery of historical recipes, such as the Acqua di Tutto Cedro like the original based on aromas extracted from the golden fruit.

“On the shores of Lake Garda, you do not stand idly by and look at the lake, except at sunset, perhaps sipping a Cedrata, but you continue to work to look for new products and to continue in a centuries-old tradition linked to the processing of cedar. This is the northernmost point where it is processed, a unique heritage, to be safeguarded for future generations.” Elio Accardo. 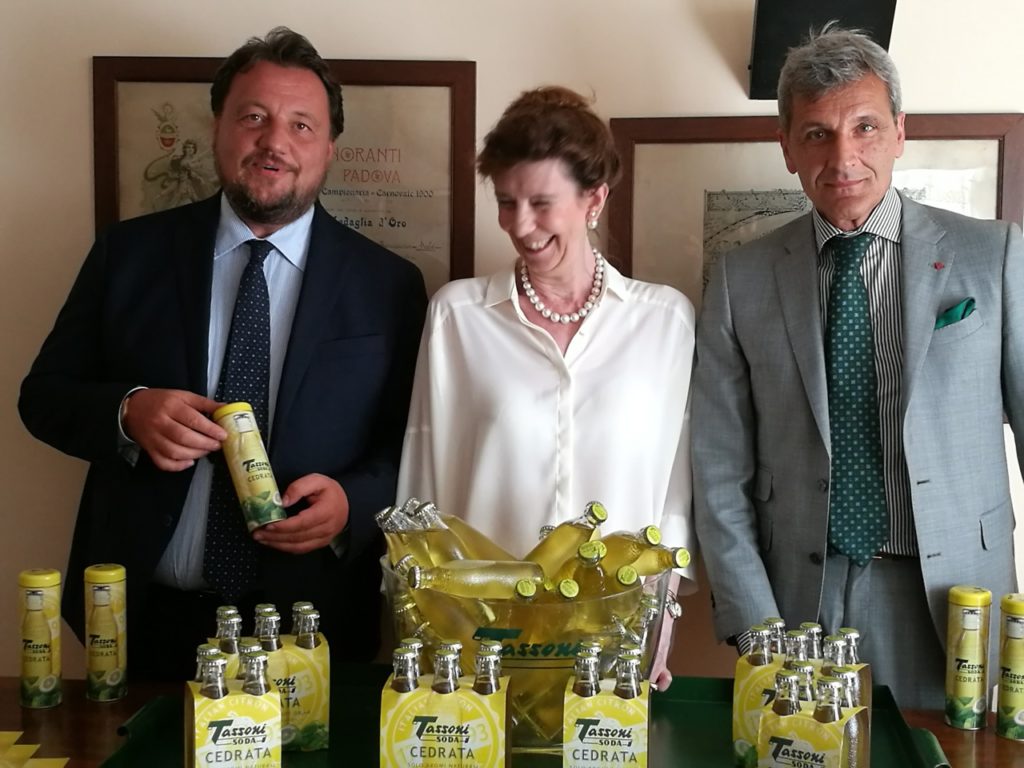