Think of South America and images of colourful food, rhythmic music and brilliant football nations spring to mind. As the fourth largest continent in the world, South America comprises twelve independent countries and three major territories, with a triangular shaped coastline, which is the shortest for its size of any of the continents.

When it comes to cuisine, the diversity of cultural backgrounds throughout South America ensures that each of the twelve countries retains its own distinctive identity. Consumers’ desire for ‘hot and spicy’ foods and beverages results in a vast array of exciting flavours and traditional foods, which vary from region to region.  In Peru alone, there are thirty-five varieties of corn, twenty types of native fruits and fifteen species of tomatoes. Some countries will have a largely maize-based diet, while others are rice-based and culinary styles are frequently influenced by available foods, cooking methods and the dietary tastes of colonial Europeans.

Unlike other continents, consumer and food-policy decisions in South America are often driven by important social issues. A prime example is the number of South American countries, which once faced a crisis of serious malnutrition, but are now having to confront obesity as a key nutritional issue. This is borne out by a recent World Health Organisation study, which reported that more than 200 million South Americans are now considered obese, compared to 52 million who are underweight. Sugar reduction is understandably regarded as a vital weapon to tackle this problem and the Stevia sweetener extracted from the plant species, Stevia Rebaudiana, grown in Brazil and Paraguay, features prominently in food and beverage product launches.

As a result of evolving health and wellness food trends, South American consumers are now looking towards foods they perceive as being medicinal, as well as nutritious.These include purple corn, purple potato, quinoa and amaranth, as well as chia seeds, once a staple of the Aztec diet and still integral to local cuisine in native growing areas of South America.  A leading producer in the development and worldwide trading of chia seeds is KLBD certified, Agropecuaria Chia Corp Bolivia SA who have been successfully manufacturing from their well-established production facilities in Bolivia, Ecuador and Argentina for ten years.

The food and beverage industry of Brazil is one of the biggest contributors to its economy. Brazil is the largest exporter of coffee, juices, sugar and alcohol, as well as exotic fruits found in the Amazon such as umbu and cupua. There are several KLBD certified companies in Brazil, including Itambe Alimentos in Belo Horizonte, which produces a delicious range of milk based products, carrying the slogan, when the milk is good, everything that comes from it is good too’. They also produce various milk powders. Another Brazilian KLBD certified manufacturer in Minas Gerais, is Lagos Industria Quimica Ltda, an established producer of precipitated calcium carbonate, specifically developed to comply with the industrial segments that it supplies. 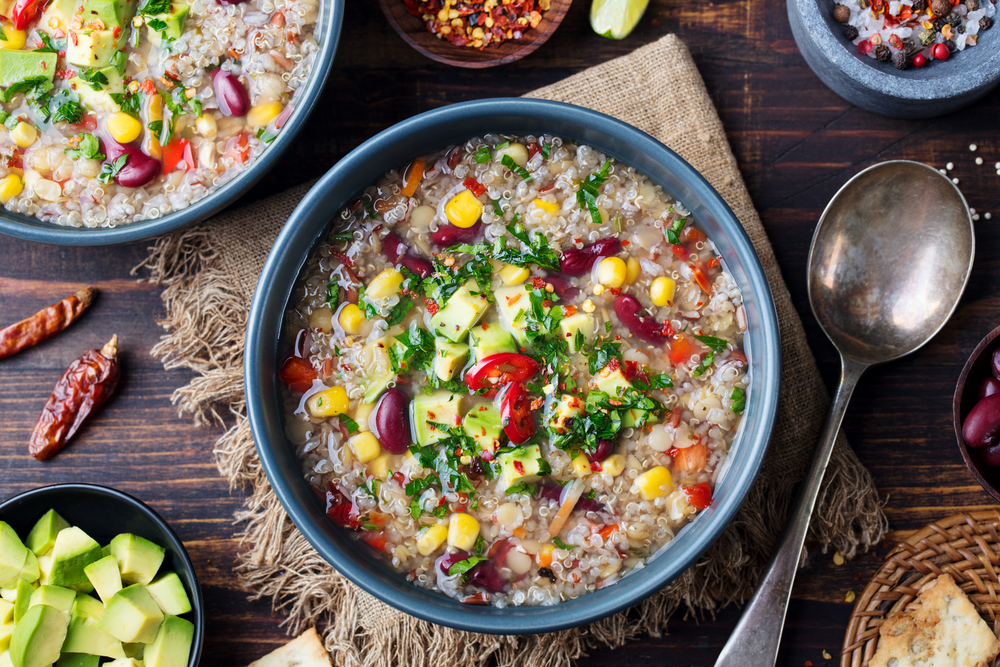 The Asociacion Nacional de Productores de Quinua, or Anapqui as it is known, is a key producer and exporter of quinoa in Bolivia and collaborated with Agriterra in 2016 to renovate its quinoa processing plant and introduce an integrated measurement system to provide real-time information for calculating production costs. Quinoa is widely cultivated for its nutritious seeds to produce various soups and bread and a sweetened version of quinoa is also used medicinally for its properties of anti-inflammatory phytonutrients to fight and prevent disease. Sometimes known as the ‘goose foot’ plant, quinoa is native to the Andean region of South America and the most economical of the goosefoot species.

KLBD certified Fideos Aurora is another well-known Bolivian company in La Paz and produces a wide range of excellent products including noodles, flour, bran and wheat germ. Sociedad Industrial Molinera S.A. known as SIMSA are successful producers of oats, lentils, quinoa and flour. Their mission statement is ‘to produce and market food products and services with high added value’ and carrying the KLBD logo shows, the importance placed on quality.

Paraguay is one of two landlocked countries in South America and often referred to as ‘corazon de America’, meaning ‘heart of America’. Two main ingredients found in Paraguayan cooking are cassava and corn and to start the day most people drink the herbal beverage, terera. Paraguayan capital, Asunción, is home to KLBD certified Codipsa which is the largest manufacturer in the country of tapioca starch producing a wide range of contemporary products. The organisation was originally formed to assist small producers with agricultural production.

A company with the vision to becoming the leading cocoa processing company in Venezuela is KLBD certified Procesadora Cacao Real. Its ambition is to show the world the excellence and industrial competitiveness of Venezuelan cocoa. Venezuelan food can be described as coastal, Andean and tropical with European influences, especially Italian, Spanish and French.

Government agencies throughout South America are striving to adhere to the objectives published by the Brazilian dietary authorities, namely that ‘healthy diets derive from socially and environmentally sustainable food systems and different sources of knowledge inform sound dietary advice’.

A second article is planned to explore the vibrant culture and food ingredients of other countries in this amazingly diverse continent.