The origins of Egyptian cuisine and traditional recipes can be traced back over five thousand years and archaeologists have even revealed how food was used as a means of payment during ancient times. Egyptian cuisine today remains just as strongly influenced by its culture, environment and history.

Certain ingredients are guaranteed to be found in every Egyptian kitchen and include cumin, coriander and the usual staples of dried chilli, salt and pepper.  Dried cumin seeds extracted from the fruit can be used in both whole and ground form and is renowned for its medicinal benefits too. In Ancient Egypt, cumin was not just used for culinary purposes, but as an ingredient to mummify pharaohs. 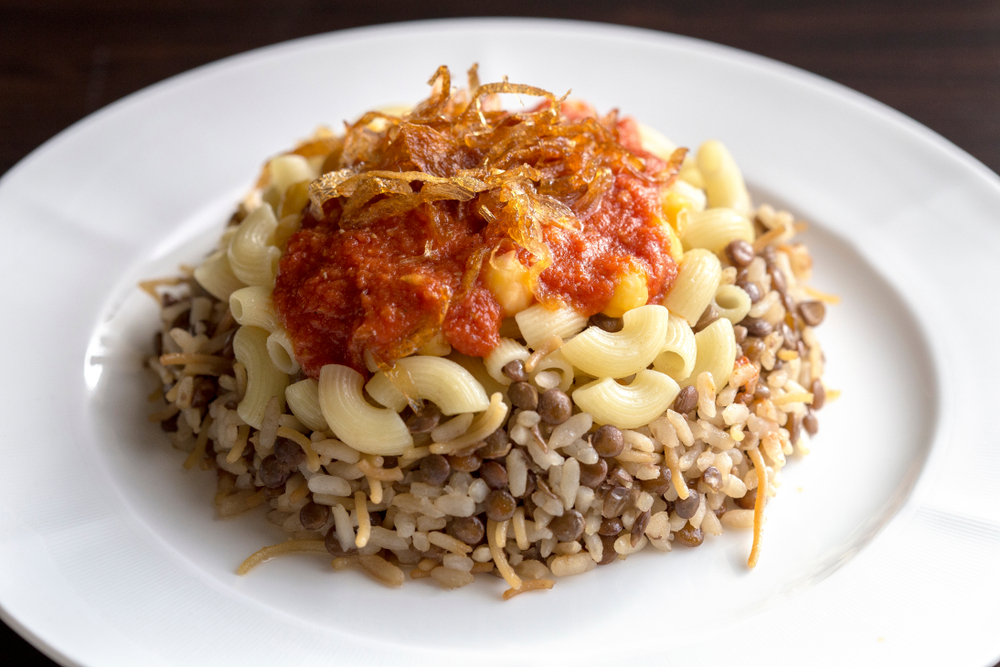 Affordability plays an important part in choosing cooking ingredients and lentils are especially popular for this reason. The national dish of ‘koshari’ is primarily made with lentils and rice and a favourite for families and restaurant diners alike. Vermicelli can also be used for making koshari and is otherwise often prepared with sugar as a home-made dessert for children. Other ingredients used in authentic Egyptian cooking include vegetarian friendly fava (broad) beans used to make ‘ta’meya’ (falafel) and high protein chickpea seeds used in preparing hummus salad. Aubergines feature prominently in many recipes, especially the Egyptian variation of moussaka.

Statistics published in November last year by the Global Agricultural Information Network (GAIN) reported that Egypt is exporting over $2.8 billion in processed and manufactured foods, mainly to the Middle East and that there are 339 million potential consumers within 500 kilometres of its borders. Egypt is increasingly focusing on preferential trading agreements as a way to improving trade flows. The Egyptian Chamber of Food Industries (CFI) indicated separately that there are over seven thousand food manufacturing companies operating in the country and that the manufacturing sectors generated $22.2 billion in sales.

One very well-known company is El Rashidi El Mizan, which was founded in 1889 and is renowned for producing halawa and tahina products. Today the company is regarded as the leading confectionery producer in Egypt and has attracted a devoted following for its mouth-watering ranges of fig, apricot and guava jams. KLBD certified and committed to stringent quality controls, its vision of ‘Bringing quality nutritious food at a great value to as many people as possible’, is borne out by the company’s longevity and fresh approach to product innovation.

Another successful Egyptian exporting company is Givrex, specialising in the production and export of all types of Egyptian frozen fruits and vegetables throughout the world.  Proudly displaying the distinctive KLBD logo as a sign of quality assurance, founder Robert Mansour maintains, ‘If you have to do something, do it well. Otherwise, don’t do it at all’.  The Alexandria based company in recent years installed a third processing line which significantly improved production capacity.

Sakura of Egypt is also KLBD certified and a market leader in the cultivation, processing and production of dried organic, aromatic and medicinal plants. Sakura’s innovative ranges of cumin, dill, fennel and lemongrass based products are promoted as ‘Healthy for you and your Family’, with an assurance that additives and chemicals are not used in the organic processing.

Healthy Foods Egypt is a market leader specialising in the production of dehydrated vegetables, culinary herbs, spices and aromatic seeds.  The company’s huge annual output of 3,000 tons is produced from its manufacturing plant in Beni Suef, which is close to the main cultivation area and enables transportation costs to be reduced as a result. The KLBD logo reflects a strong commitment to the highest standards of hygiene and quality.

A partnership of Japanese-Egyptian investments to combine the best of Egyptian frozen fruit and vegetable produce with Japanese quality control systems has resulted in the formation of Japan Food Solutions SAE (JFS). JFS has not only provided a safe and trusted product for the Japanese market but a ‘first step’ towards accessing the global market. Unsurprisingly JFS has become KLBD certified to demonstrate its emphasis on quality control.

Juices of all types are enjoyed by Egyptian consumers and juice stalls are a common sight to behold.  An internationally renowned manufacturer of juice concentrates and purees is KLBD certified El Marwa. Based in 6th October City El Marwa is a subsidiary of Juhayna Food Industries SAE, which is quoted on The Egyptian Exchange (EGX). The company boasts two impressive manufacturing plants and provides key ingredients for an ever expanding list of domestic and international food and beverage manufacturers. Another manufacturer and distributor of orange related products, including essential oil, is aptly named Orange Wave S.A.E. This up and coming company is also KLBD and organic certified and based in Sadat City. 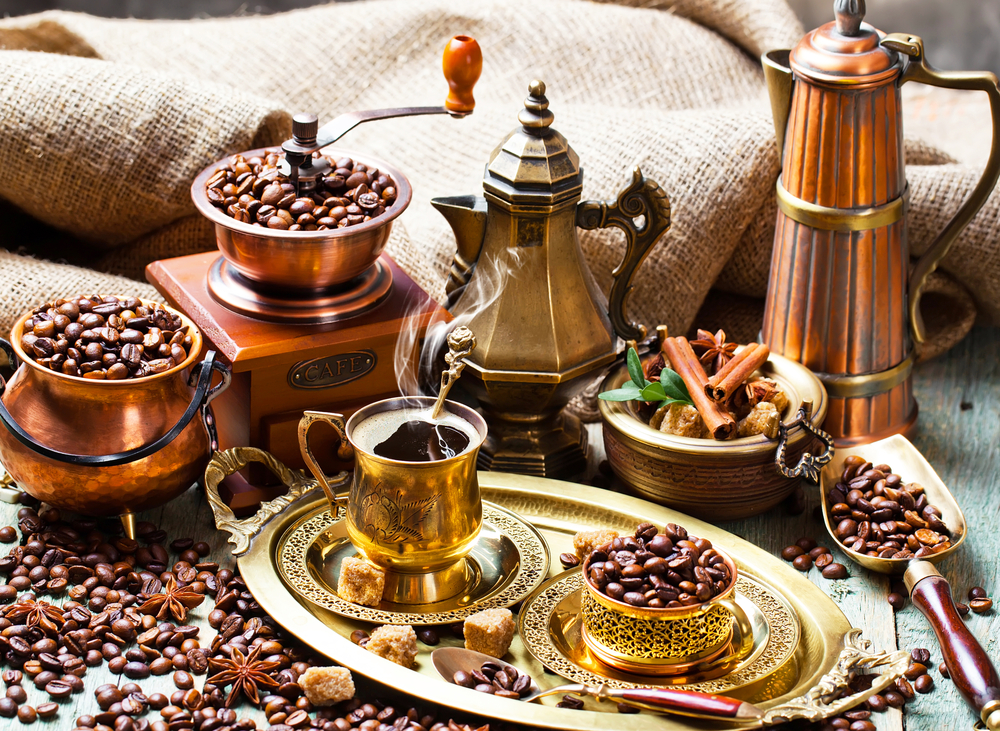 Egypt is also a nation of coffee lovers and as proudly claimed by coffee producers MisrCafe, ‘Coffee is a language in itself and we know how to speak it’. KLBD certified MisrCafe were the first company in Egypt and the Middle East to specialise in the production of instant and roasted coffee from blends of imported Robusta and Arabica Coffee. Based in Cairo, they are indeed the largest coffee manufacturers in the Middle East. Coffee consumption continues to increase in the country despite the currency devaluation in 2016.

As the growth of the food ingredient industry in Egypt continues to evolve, a further article is planned to report more success stories in other parts of the country.