In recent years baobab has become the must have ingredient for health and beauty experts. The fruit, said to have three times more anti-oxidants than blueberries, six times more potassium than a banana, six times more vitamin C than oranges, double the calcium of a glass of milk as well as high levels of thiamine, fibre, iron and vitamin B6, has seen sales in the UK alone increase by 200% in one year.

Found on the legendary ‘Tree of Life’ in sub-Saharan Africa, baobab is an entirely sustainable ingredient to produce. As the popularity of the fruit increases so have the economic and social benefits experienced by the local communities in Africa and the positive environmental impacts.

The Baobab Fruit Company Senegal (BFCS), for example, employs over 200 local individuals in Senegal to harvest and process the fruit. Each of these individuals will have seen, and continue to see, an increased income allowing them to improve their overall quality of life such as being able to provide their children with an education, three meals a day and family healthcare. Additionally, BFCS works together with the West African government to guarantee that the benefits reach the local villages.

By harvesting and processing the fruit for export BFCS have successfully created an economic incentive to not cut the trees down thereby preventing deforestation and protecting the environment.

BFCS, established in 1999, identified the potential for baobab before it was declared a superfood, or even allowed to be exported into the EU (July 2008). BFCS, the leading global producer of organic wholesale baobab, has been instrumental in creating a demand for baobab.

The company currently operates from two locations: Senegal and Italy. BFCS Senegal is responsible for harvesting and processing the fruit. Meanwhile, BFCS Italy warehouses, markets and distributes the semi-processed materials to companies across Europe, the U.S. and other countries around the world for use in a range of applications namely food, nutraceutical and cosmetics. According to Sales Manager, Sonia Manzi, the main markets are Italy, USA, UK, France, Germany, Spain and Japan.

As a result of increasing competition in the market since baobab was authorised as a novel ingredient, and declared a superfood 2015, BFCS has had to distinguish itself.

In the last eight years BFCS has focussed on product development in order to continue to meet the demands of their customers and expand into new markets. More specifically they have acquired varying certifications including organic, novel food, KLBD kosher and IMO for life. These infer to potential customers that BFCS products are of the highest quality, reassuring buyers and providing an extra level of comfort. In particular, Sonia Manzi, Sales Manager for BFCS, told KLBD “we decided to become kosher certified in order to expand our market, in the US mainly.”

Kosher certification assists companies with export, especially to North America. It also ensures companies are able to qualify for inclusion on the buyers list where companies insist all ingredients comply with kosher.

Sonia advised KLBD that BFCS is “currently working on a new project for new products.” KLBD look forward to seeing what BFCS bring out next!

BFCS exhibits at major exhibitions around the world to raise their profile. In December 2015 BFCS exhibited alongside KLBD at FI Europe, in Paris, the leading ingredients exhibition, and in February KLBD met them at Biofach, in Germany, the world’s leading trade fair for organic food. BFCS continues to grow their presence and clout on social media; namely Facebook, LinkedIn and Twitter.

BFCS products are for wholesale and include the organic baobab powder and natural and cold pressed baobab oil products for use in food products from juices and smoothies to ice-cream, biscuits and chocolate; as well as in cosmetics such as facial creams, shampoos, conditioners and lotions and also in animal feeds. 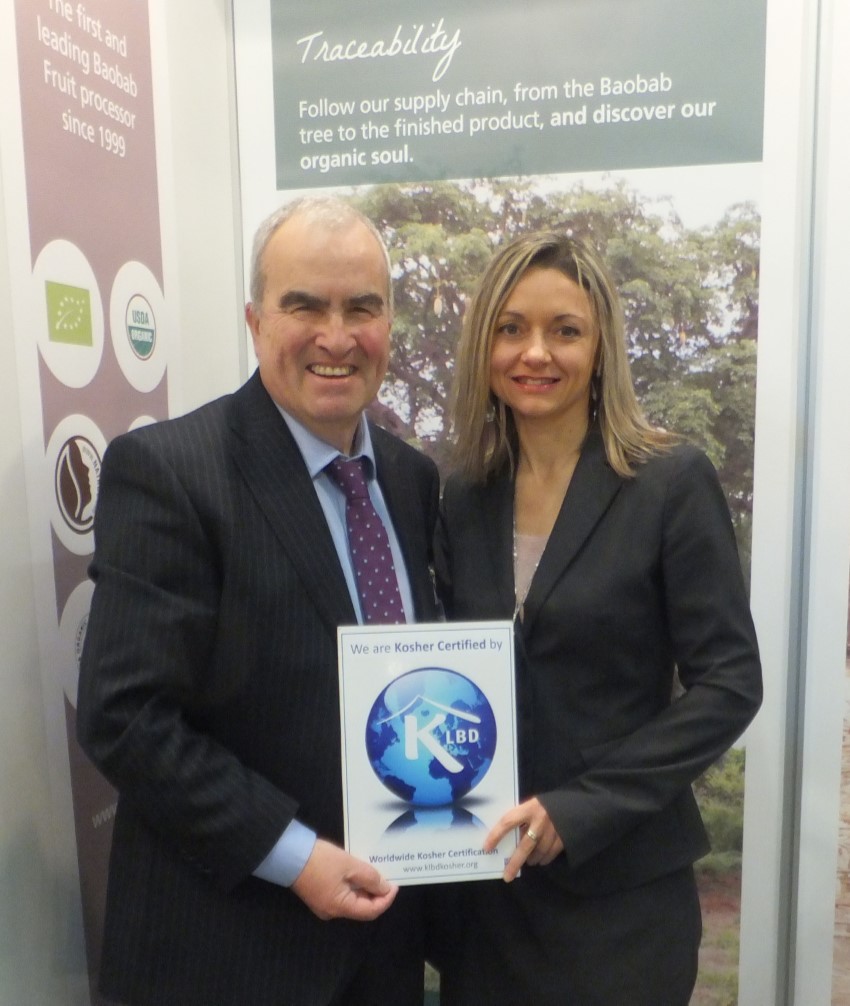