Following on from our earlier article on the diversity of food products and ingredients in African cuisine, this sequel will explore the produce and landscape of some other countries which are situated in this vast continent and where KLBD operates.

Tunisia is considered the northernmost country of Africa and its coastline spanning 713 miles by the Mediterranean Sea is dotted with tiny islands and a backdrop of orchards, vineyards and olive groves.  The summers are hot, dry and mild and the typical Mediterranean ‘sun cuisine’ is a prominent feature of Tunisian food with an abundance of olive oil, tomatoes and herbs featuring strongly in cooking.

Tunisian food is spicier than that of African food from neighbouring countries and this is probably a throwback to the ancient civilisations which originally inhabited the land. A popular condiment and ingredient extensively used in Tunisian cooking, is harissa, a mix of spices commonly sold together as a paste and which is considered most authentic when it contains black cumin which is readily available in Middle Eastern countries. Varieties of couscous remain a staple item on the traditional Tunisian dinner table.

Manufacture and export of African food products remain integral to the strength of the Tunisian economy.  The latest technology in farming and industrial processing has enabled one such Tunisian company, Herbiotech Aroma, to maintain its reputation as a high quality supplier of herbs and oils to industrial customers. KLBD certified Herbiotech Aroma has specialised in growing organic herbs and flowers, air-drying and refinement of herbs since 2011, as well as the production of organic vegetable oils and essential oils. 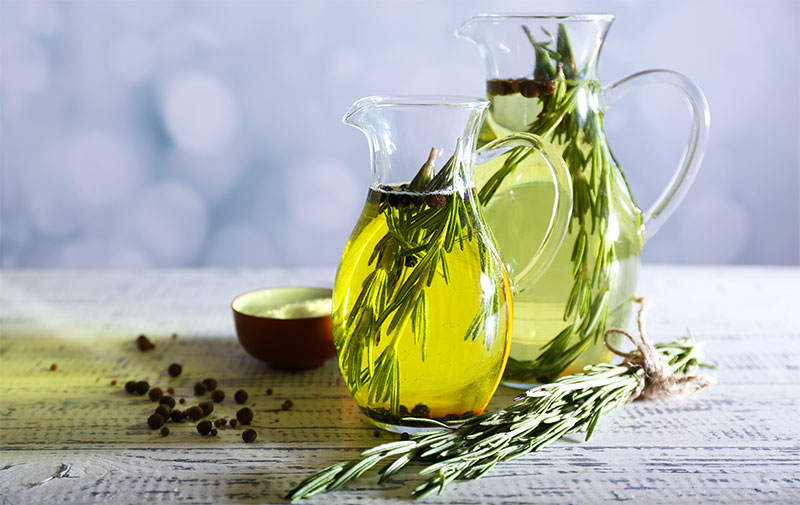 Five kilometres from Tunis in Sidi Hassine, where farming bitter orange trees was once an ancestral activity, Carthago Essences have been distilling forest essential oils and oleoresins for forty years. KLBD certified, the company has been offering high quality pure and essential oils to international markets and now include rosemary, olive oil and carob amongst their innovative product range.

The mountainous terrain of Morocco is a similarly prolific producer of Mediterranean fruits and vegetables. Saffron, mint, olives, oranges and lemons are amongst many home-grown North African food products produced and Morocco is one of the leading countries for strawberry production, the majority of which are prepared for frozen fruit processing. Argan oil is the cosmetic industry’s latest wonder ingredient. The centre of world production is in Morocco and KLBD client Les Arômes du Maroc is a major player.

Turning to the country with the largest number of inhabitants in North Africa, the history and traditions of Egyptian cuisine, along with its recipes, date back thousands of years. Food then was used as a means of payment during ancient times and carvings were discovered on tombs depicting large feasts. Rice and bread continue to be staple North African foods, as well as molokhia which is a vegetable like spinach.  There are so many KLBD certified companies based in Egypt that a separate article will be released at a later stage.

Cote d’Ivoire is one of eighteen countries which make up the region of Western Africa. It is also a producer of essential oils and juice concentrates as typified by AFRECO (Africaine D’echanges Commerciaux). The bitter oranges grown alongside bergamot trees are harvested in May and June and are cold pressed to release essential oils from the peel.

Many of the West African food products produced in Ghana and Nigeria originate from other West African countries. One example is shea butter, an ivory coloured fat extracted from the nut of the African shea tree. It is used for food, as well as skin and beauty care products. Approximately 600,000 tons are collected each year from the two billion shea trees growing naturally on parklands across neighbouring countries. KLBD certified 3F Ghana Limited has been a renowned manufacturer of exotic fats since 1975 and produces a cocoa butter equivalent which is used extensively in the chocolate industry, amongst many other applications.

Another important West African food product from this region is thaumatin, first discovered as a mixture of proteins isolated from the katemfe fruit. The Thaumatin Division of Samartex Timber and Plywood Company Limited is KLBD kosher certified and uses thaumatin primarily for its flavour- modifying properties and not exclusively as a sweetener.

Throughout Africa, the diversity of climates and growing conditions ensure that ingredients vary just as greatly.  South African dishes are sometimes called ‘rainbow cuisine’ on account of its multicultural history, whilst simple and filling foods remain the preferred choice in East African dishes.  Plantains and cassavas are still popular in many parts of Central Africa, since external influences on eating habits only started to make an impact in the nineteenth century.

As far as beverages are concerned, palm wine and locally brewed beers produced from a variety of native plants and crops are popular all over the African continent.  Hopefully some of these will be certified in the years to come. However, with so much arid land, it is not surprising that water holds a strong ritual significance across all African nations and is likely to be the first thing an African host will offer a guest.